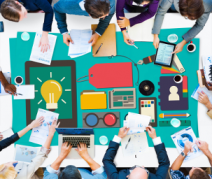 The content you’re about to read isn’t exactly what I had in mind initially. And I don’t mean that in a bad way. Being quite familiar with the concept of online influencers and observing a number of them on a daily basis, I’ve had rather a set notion of what they’re about. Then, I came across an intriguing article and decided to switch things up a little bit. As the pieces started to fall into place, I thought I might as well tell you the whole story of how I settled the score between online influencers and brand advocates.